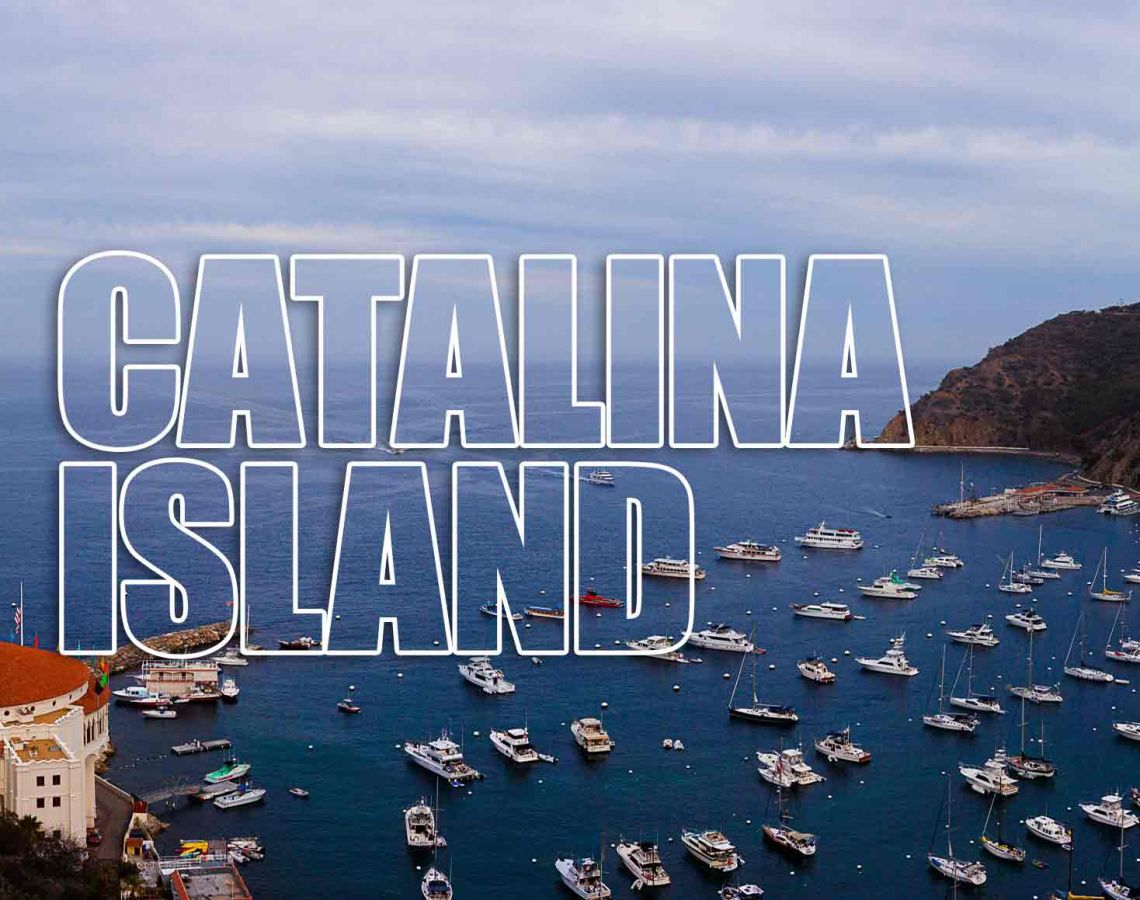 When you arrive, contact the Harbor Department via VHF Channel 9 to find your mooring assignment and pay your fees. If you cannot reach the Harbor Department, take the closest mooring and pay your fees the next morning. Use caution when approaching Two Harbors. There is a reef, marked by a sign and lights, on the landside of Bird Rock near the entrance to Isthmus Cove.

Catalina Harbor is one of only two U.S. Coast Guard “Year-round Safe Harbors” in Southern California. It has 96 moorings and anchorage for over 200 boats. Ballast Point, a natural sand spit, extends across a portion of the harbor entrance. A public dinghy dock, picnic facilities, and free pump-out service are available. Contact Harbor Patrol on VHF Channel 09. The village of Two Harbors is a short walk on flat terrain from the dock. A shuttle is available on summer weekends.

With 242 moorings, and anchorages for well over 100 vessels, Isthmus Cove is second only to Avalon Harbor in boating activity on Catalina. Ferries from the mainland dock at the pier and Two Harbors Harbor Department is based here. Shoreboat rides are available year-round, with 24-hour service in the summer and a more limited schedule in the winter.

This little jewel is west of Isthmus Cove, with 42 moorings and deep water (100+ feet) anchorages. The Banning brothers, who established Two Harbors in the 1900s, held many Fourth of July celebrations here. Fourth of July Yacht Club leases the onshore facilities.

Cherry Cove has 99 moorings and deep water (100+ feet) anchorages. There is a Boy Scout Camp onshore, and two stands of endemic trees—the Catalina cherry and the ironwood—are up the canyon behind the cove. Lion’s Head, a prominent land point on the west side of the cove, protects vessels from prevailing afternoon winds.

Leased to the Offshore Cruising Club, Little Geiger Cove is an intimate cove with only one mooring. Blue Water Cruising Club leases facilities at Big Geiger Cove, which offers anchorage for 10 boats.

The next cove west of Big Geiger, Howland's Landing has moorings for 40 boats. Catalina Island Camp is located onshore, and the Los Angeles Yacht Club has shoreside facilities. The Howland’s Landing watershed is the largest on Catalina’s West End.

Located just south of Long Point is Hen Rock, featuring 25 moorings and anchorage for 40 boats. With abundant sea life and several reefs to explore, Hen Rock is one of the best snorkeling and dive sites on Catalina Island. The onshore facilities are leased by Balboa Yacht Club.

These coves are located past Long Point, east of Two Harbors. They have a combined 58 moorings and anchorage for 50 boats. White’s Landing offers one of the nicest and most expansive sandy beaches on the island. Newport Harbor Yacht Club leases facilities at Moonstone. 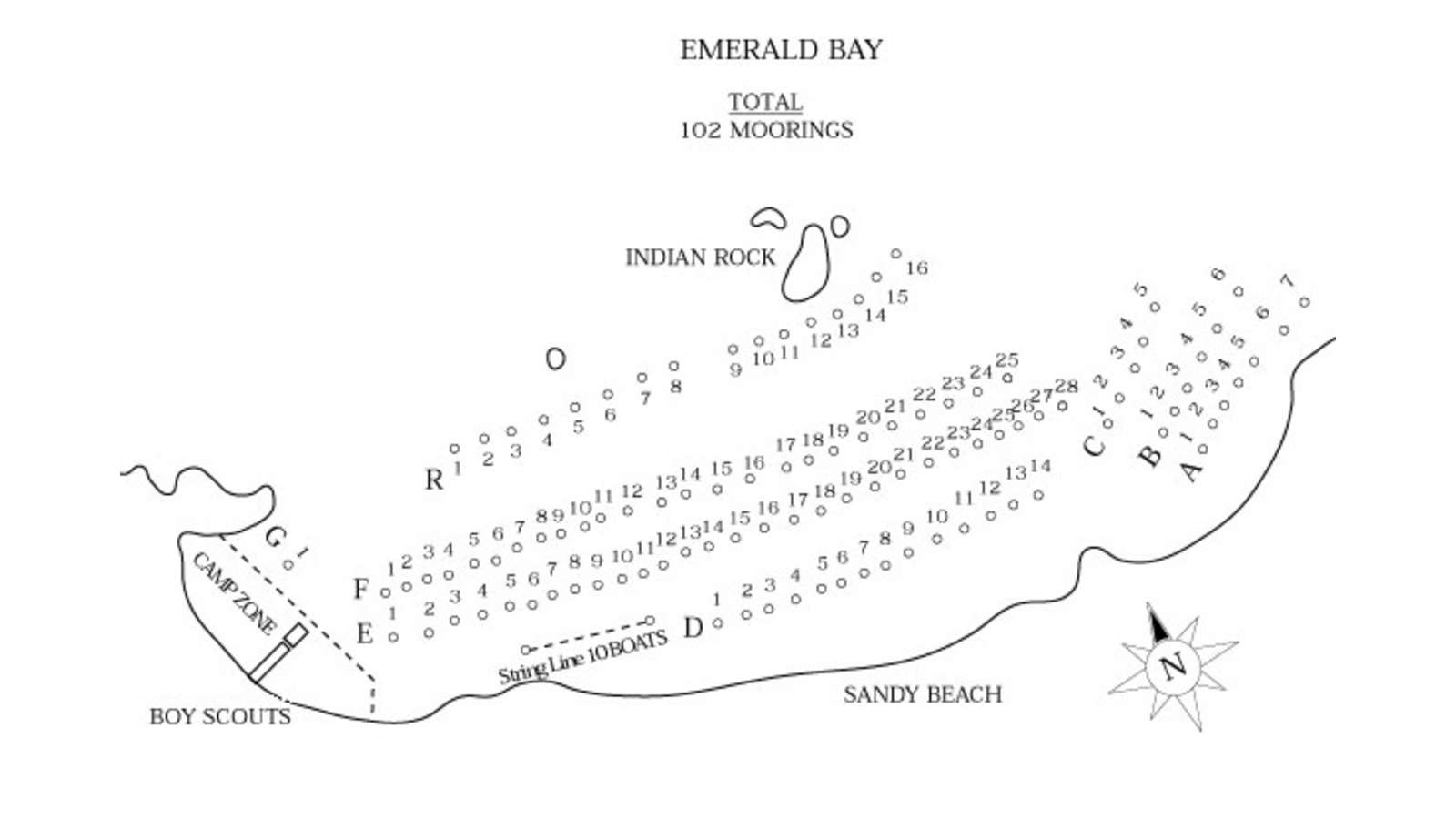 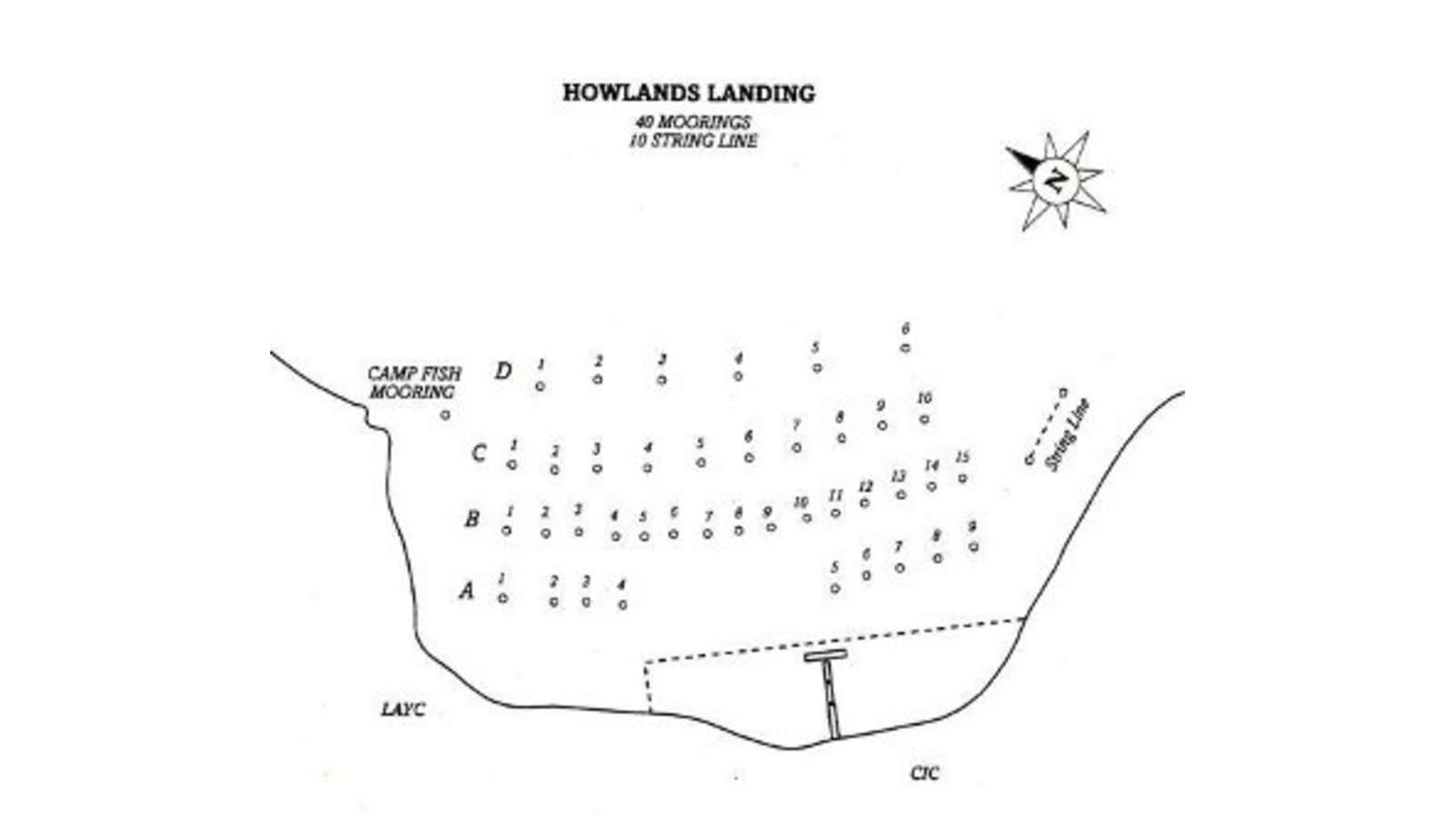 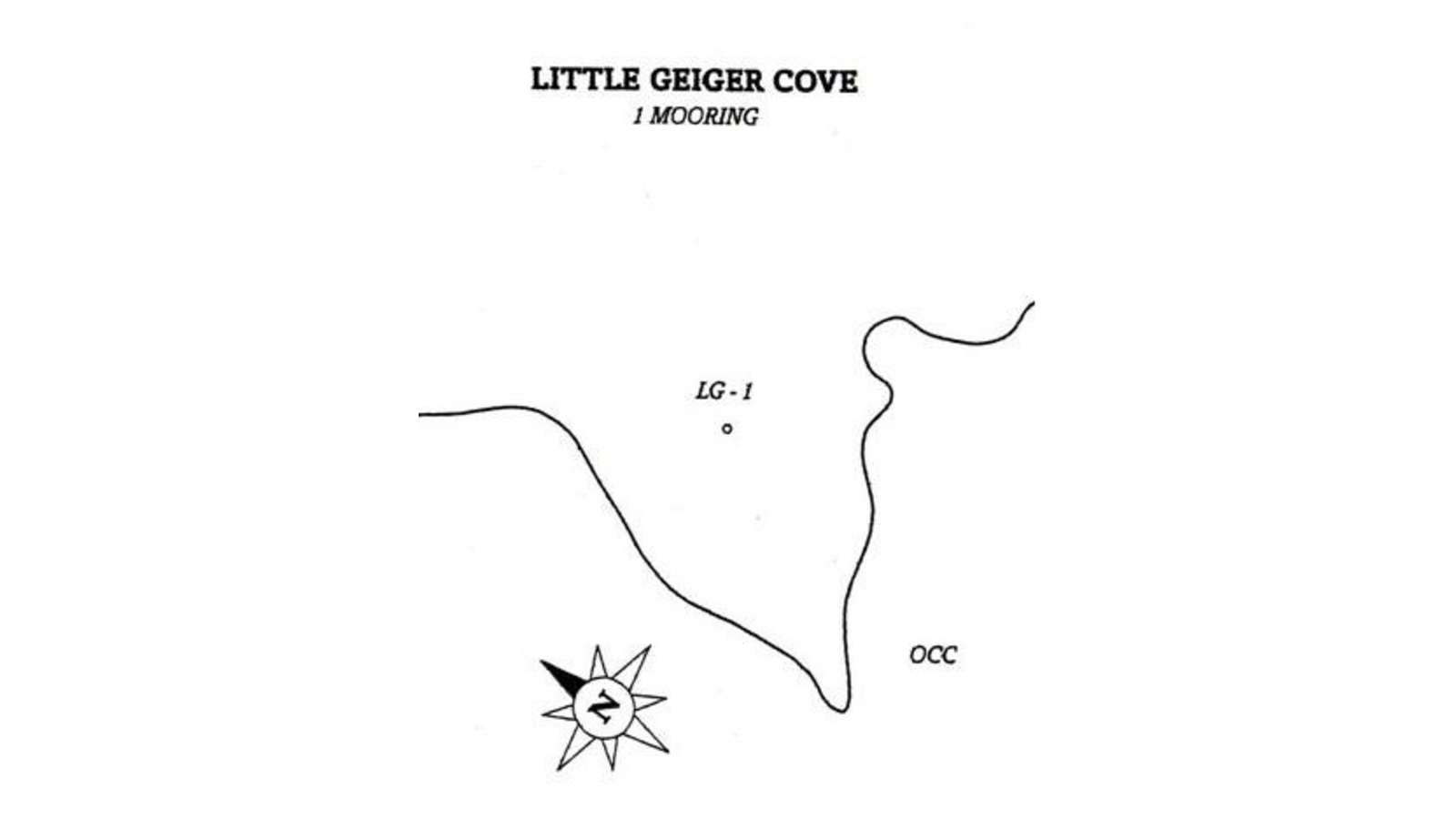 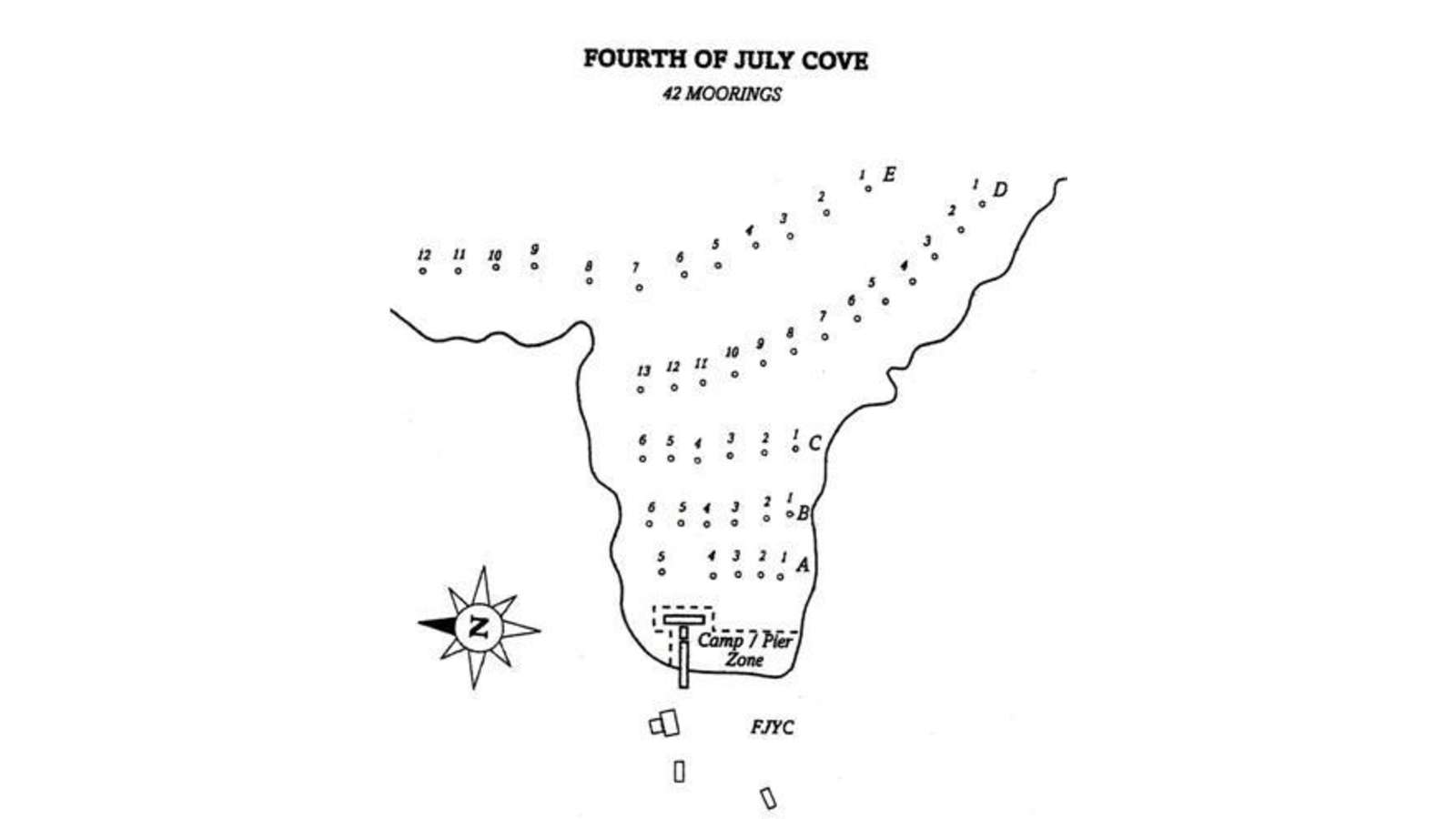 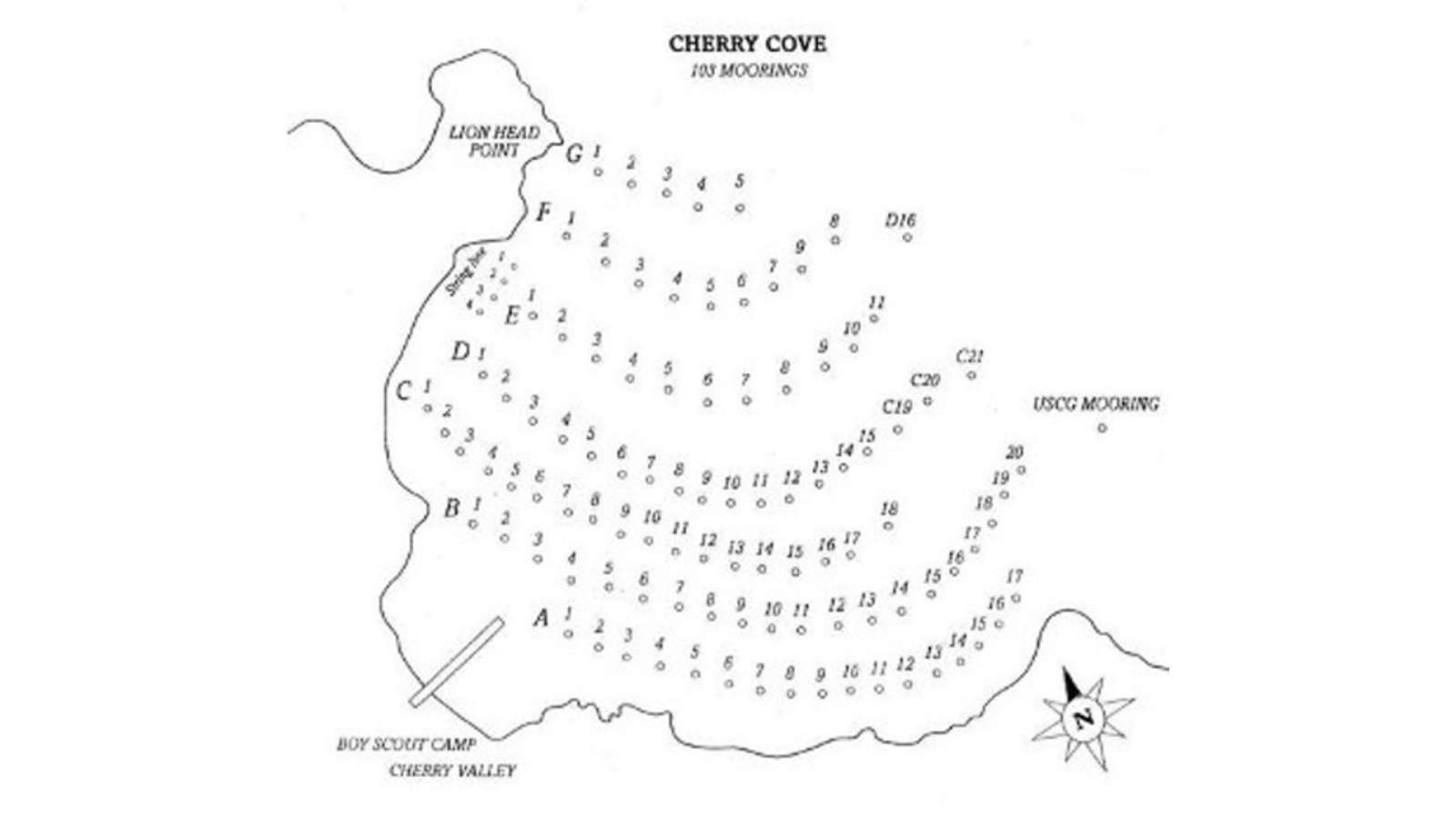 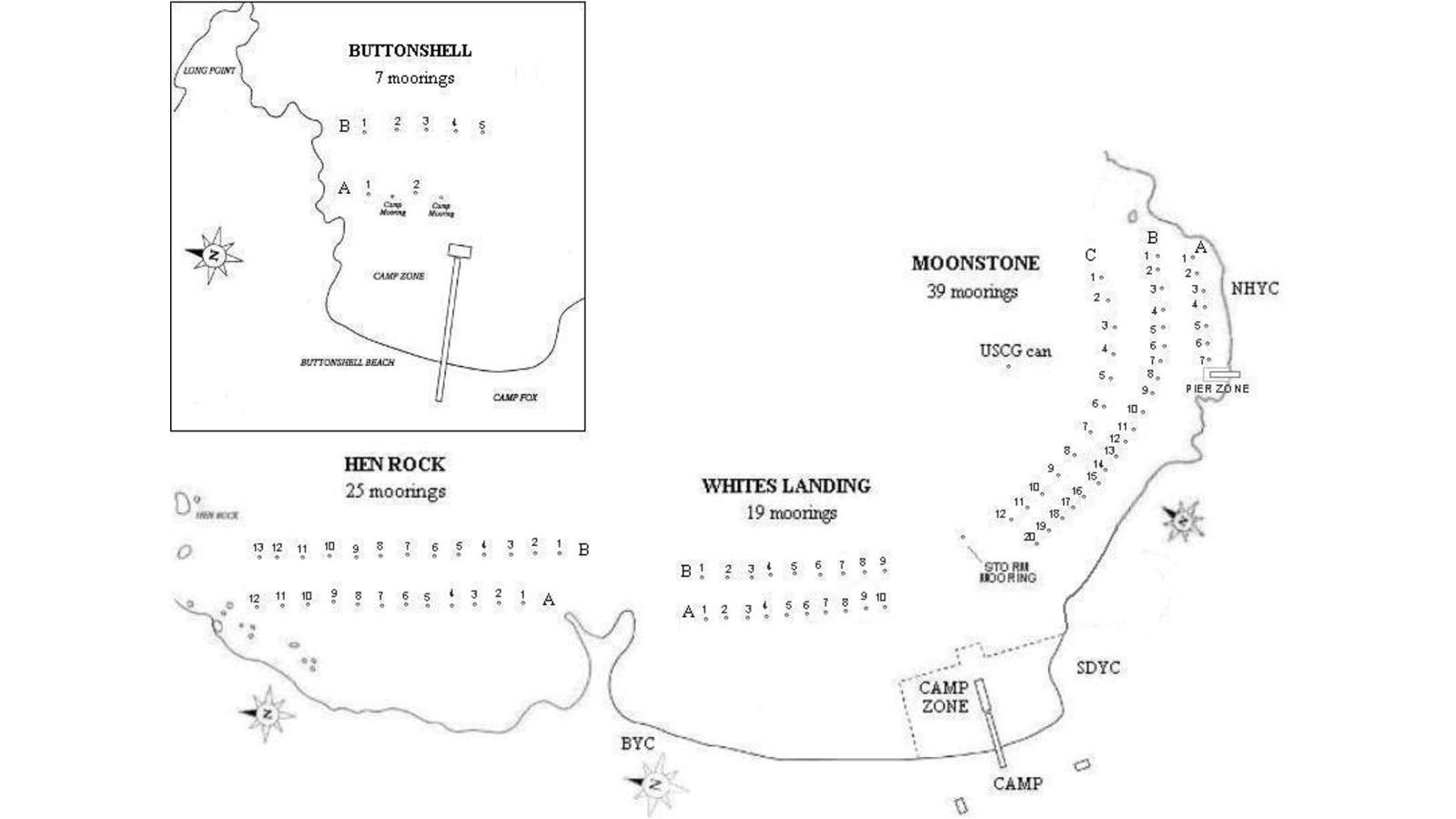 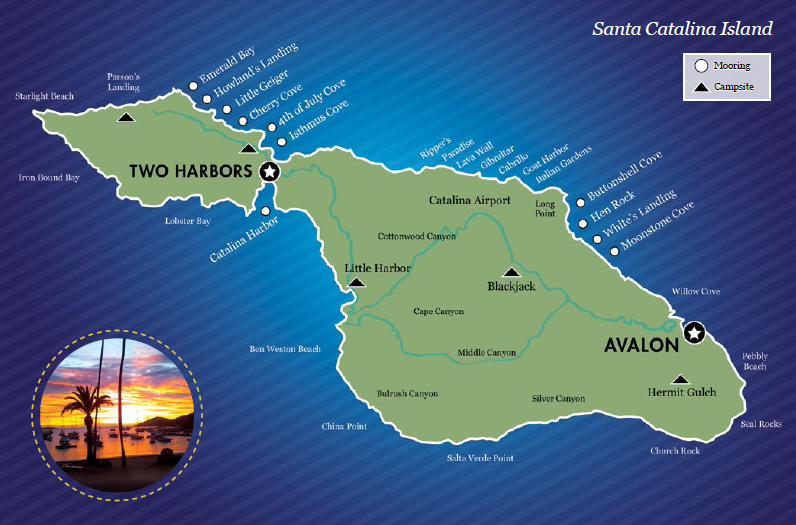